A Japanese themed Hybrid RPG, platformer, adventure game we made for our final project in the Creating Video Games course at MIT.

My role involved working on the Battle/Platformer engine, specifically implementing the various abilities the player can use in battle and the AI's for the enemies.

It is written in Java!

Download the final build here. It requires JRE 7+ to run.

Look out for me in the game:

Part of the team that developed a mobile game for the Android platform during a Game Jam organized by Jolly Inc. at UT Austin in Spring 2015.

The code for the game can be found here.

The apk can be downloaded here.

For the Windows version of the game you can download the zip file here.

Developed a game as part of a group project for the Creating Video Games course at MIT.

The game is a bullet-hell game in which the player has to collect the correct ingredients in the pot in order to complete the required recipe. Difficulty scales as the player completes more recipes.

The code for the game can be found here.

Worked with Prof. Philip Tan, Director of the MIT-GAMBIT Lab, on re-creating the original version of the game Spacewar! on the Arduino micro-controller to celebrate the game's 50th anniversary!

Wrote the code to implement the game on the Arduino/Gameduino combination using Wiring and C.

Was involved in analyzing the original source code to replicate certain features of the game.

You can read more about the project in a Blog I wrote or the Final Project Report.

The project got recognition on various news websites including CBS and CNET.

You can watch an extended video of the gameplay here. 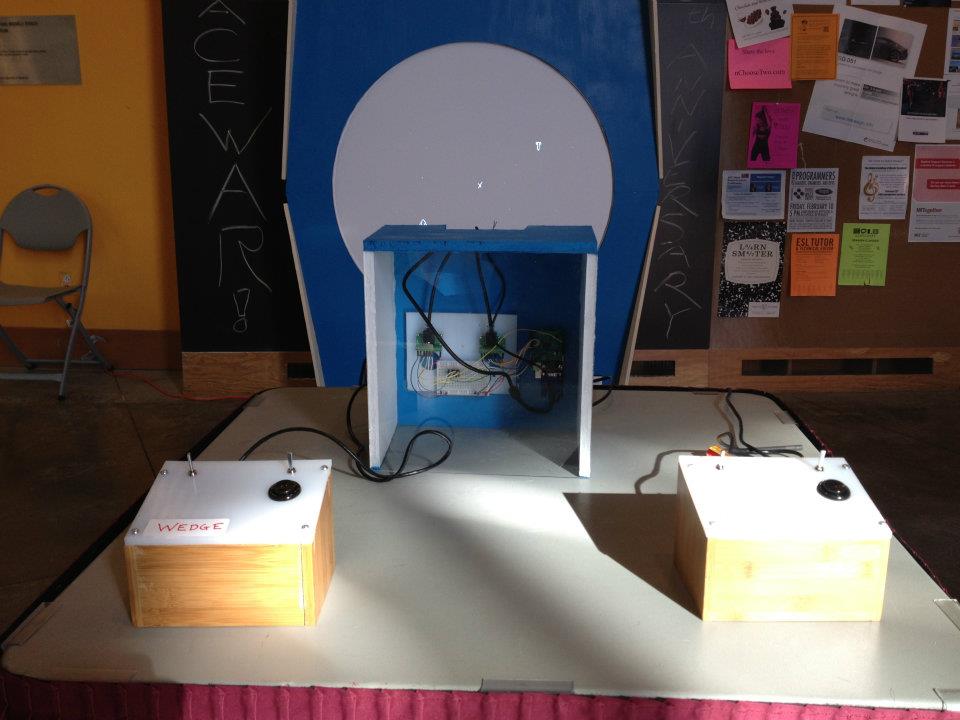 A two player racing game made in Flash for a class project.

Developed the tilemap system for the game. Worked on integrating and modifying the Flixel game engine to suit the purposes of the game specifically the physics system of the game.

You can play the game here.